Meet The Man With The Magic Hands

We are delighted to welcome Alex Mendieta to the Mind & Body practice. He represents the next generation of chiropractors. A recent graduate from Macquarie University, Alex brings an evidence-based, results-orientated approach to treating patients. Dr Andrew Fell says:

“Alex has a great pair of hands. He has the ability to work on a person in the way a great musician plays on an instrument. It’s the artistry. So while it’s evidence-based and scientifically proven, the most effective treatment is an art. When it comes to treating patients, Alex is an artist. The ability to produce something out of nothing is hard to quantify but it is undeniable. Alex has the best pair of hands to do this kind of magic that I 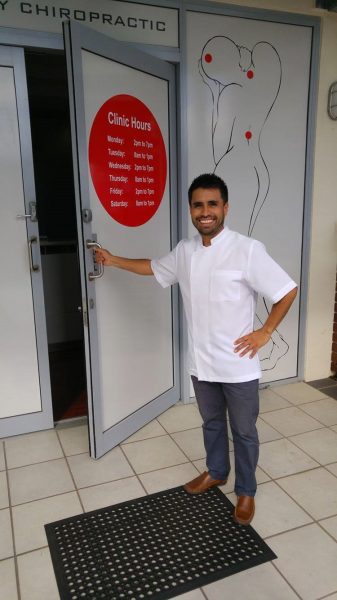 have seen in my entire career.”

Alex comes from a different background to your typical chiropractor and has a refreshing no-nonsense attitude to chiropractic treatment.

“It was a lifestyle decision that I made in 2007. I was working as a carpenter down in Sydney. As much as I enjoyed making and fixing things, I began to question the long-term rewards of the profession. I had some very good people around me who were encouraging me to go into tertiary education. This prompted me to consider what I really wanted to do with my life.”

As any craftsman will tell you, making things with your hands is very satisfying. When your customers are happy with your work, it’s even more rewarding. But Alex felt a higher calling.

“The thing that popped into my mind was the study of human anatomy and the possibility of really helping people. I’d always been interested in sports and movement and so I looked into ways that I could combine my natural interests with a passion to help people.”

“Chiropractic was the closest thing I could find to match my ambition and the best place to learn and qualify as a chiropractor was right there in Sydney. So I enrolled at Macquarie University.  I never had the light bulb moment, like some people who have been raised with chiropractic. I never got that. If anything, I had no idea what a chiropractor was. So I’m quite different.”

Alex was in fact a bit of a sceptic when it came to some of the claims being made for chiropractic treatment. It took a meeting with one of Australia’s more enlightened proponents to convince him he was on the right track.

“I had almost completed my undergraduate degree in chiropractic sciences. I wasn’t completely sold on the idea. In fact, I was a bit sceptical. Then I went to a seminar with Dr John Kelly, a leading chiropractor in Australia. He was very motivating. In fact, it was Dr Kelly who inspired me to become a chiropractor.”

Interestingly, John Kelly was a major influence on Andrew’s career too. He remembers it well: “John was instrumental in getting me clear about what it was all about – a couple of decades before Alex. He gave a very clean perspective on how chiropractic works. It was a very muddy area then with a lot of misinformation being published in the media. Students and potential patients were being bombarded with uncertainties.”

While the general understanding and acceptance of chiropractic has improved over the years, Alex had to face similar issues.

“From my earlier studies, I’d been given the impression that chiropractic was something you had to believe in. At that time, there was a lot of controversy surrounding chiropractic and the legitimacy of some of the claims being made. What Dr Kelly did was to strip away all of that and get down to the fundamentals of what chiropractic treatment really is.”

“In essence, it was this: if the muscular-skeletal system has issues and you only treat them allopathically – just treating the symptoms how can you ever get anywhere? It’s no better than the pharmaceutical industry prescribing medicines for people that maintain chronic conditions without addressing the causes. The chiropractic approach is more enlightened: through the techniques we learn, we can identify the sources of the pain. It isn’t something you have to believe in, it’s something that works. So this is what appeals to me. This is a science not a belief system.” 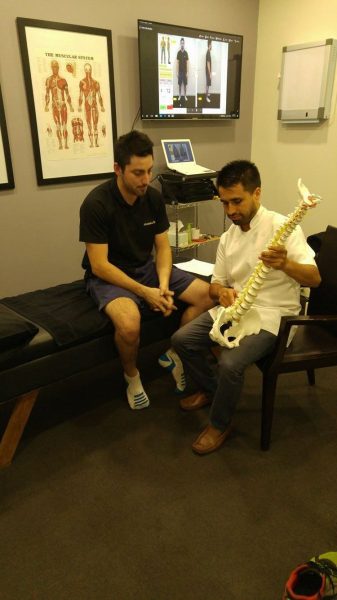 While firmly rooted in the scientific approach, Alex has a deep empathy with each patient and has also been blessed with those magic hands. Andrew says: “At its best, chiropractic treatment is almost miraculous. Alex definitely has the ability to make the magic happen.”